THE FRIENDLIEST LODGE IN ELKDOM 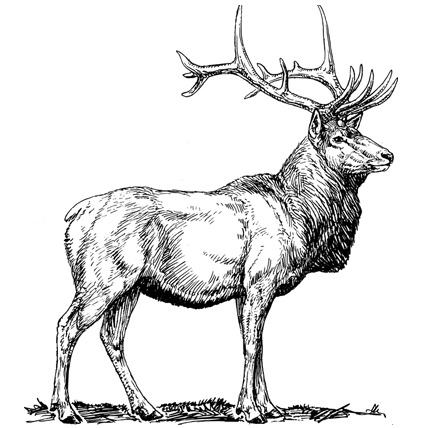 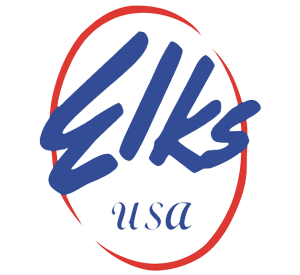 George Oberg chronicled the founding of the Oceano/ Five Cities Lodge in the first newsletter published on April 5, 1974.

This was his article.

Twenty-eight year ago “Con” Evans joined the Lancaster Elks Lodge #1625 and has always felt Elkdom had a special place in his life.In 1963 he moved to Pismo Beach and with the change to a new area, building his motel and real estate business, he just didn’t have time to transfer. But as things become more organized and there became more time on his hands, he again felt a need for Elkdom. So a letter to Joe Machado briefly said “Could there be a lodge in this area?” That letter turned into a meeting. “Con” looked up his friend Claude Moss and they in turn came knocking at my door. Harry Lamphere, Vice Chairman, New Lodge Committee, Joe Machado, Deputy Grand Exalted Ruler and “Butch” Simas, Past Exalted Ruler of Santa Maria Lodge, met in a local restaurant and discussed the possibility of an Elks Lodge in the Five Cites area.

First, we were told we must have 100 applicants to get a dispensation from the Grand Lodge to go ahead. Well, we said that could be done. Of course, they came right back with we had to have 300 applicants to charter. WE also said that that could be done and we asked how soon we could institute a lodge. So we were informed it would be either April 1st or September. Once again we affirmed we could do so by April.

A record breaking crowd of an estimated 1500 people or more, jammed into the Arroyo Grande High School gymnasium on Valley Road last Saturday for the institution of the Nations’ newest lodge of the benevolent and protective Order of Elks.

From this emerged the Oceano-Five Cities Elks Lodge No. 2504, with over 500 members initiated and officers installed.

The new lodge, which began with the desire of less than “a handful” of established Elks from other lodges that had moved to this area, was actually conceived in December. The growth from that handful was phenomenal, and . . . “they said it couldn’t be done. .. but it was. No Elks lodge in history has ever come together so quickly!

To become a charted lodge and receive its institution, a membership of 300 or more was needed. Those who had “Fanned the flame” in the beginning were determined that the number would be reached by April. . . and that is when, it is reported, that from many sources word was spread, “it can never be done.” But “do it” they did it. Not only did the “membership – list to be” reach 300 before March but by the date of institution, March 23rd, it had almost doubled that number, with a total of approximately 565 applicants on file.

B.P.O.E dignitaries, on local, state and national levels, were in attendance to take part in the festivities last Saturday, for the Oceano- Five Cities Elks Lodge no. 2504 had gained fame in its climb toward becoming a reality.


The Oceano Elks Lodge was chartered in March 23, 1974 in its present location. 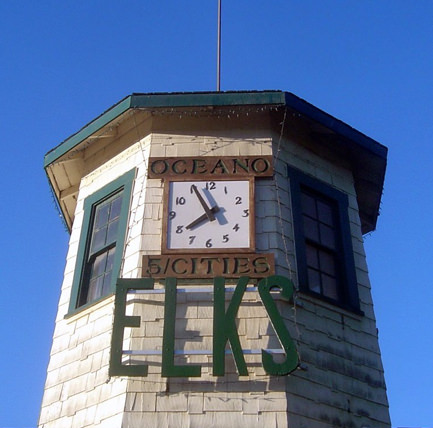 How all that came about is an interesting story.

Many years ago, probably in the 1940’s, there was a real estate office located on the corner of Highway 1 and what is now Pier Ave., just up from the Lodge. It’s unique design included a three story tower that Harold Guiton, the developer, used to enjoy relaxing in. When it was no longer needed, the office was torn down, however, the tower was moved to a vacant lot across the street from the Lodge where it laid for several years. In the early 1950’s the tower was incorporated into a new drive-in built across the street. The drive-in was called Skipper’s. Built separately up the street was a bar, called The Sands. Eventually Skipper’s closed until a local cook leased the building. He added a dining room and opened a Mexican restaurant called Spanish Seas. He eventually built his own restaurant on the corner of Highway 1 and Pier. This popular restaurant is still going strong, now called Juan’s Cantina. After the Spanish Seas moved, the building and the bar next door sat vacant until a few men looked into opening an Elks Lodge in the Five Cities area. They eventually got the charter and leased this property on a lease-buy agreement. The 564 charter members were initiated on March 23,1974 at the Arroyo Grande High School.

Our Lodge, located within easy walking distance of the beach, and with a large RV area, is a popular place to visit. We currently have just over 1200 members. We have many activities on the calendar and many ways to volunteer.